It's All Cobblers To Me is the podcast for fans of Northampton Town. Made by Cobblers fans.

The independent podcast for fans of Northampton Town. It’s All Cobblers To Me began in September 2018 as Charles’ first podcast for his new production company – Vibrant Sound Media.

Episodes are released every Tuesday and Friday throughout the regular English football season.

It’s All Cobblers To Me was founded in September 2018 when Cobblers fan Charles saw a gap in the market for a fan lead show about The Cobblers.

Charles took to Twitter and asked if anyone wanted to join him in sitting down on an evening to chat about his favourite football team.

Danny, a former blogger and Neil, a professional dickhead (his words!), answered the call and the three Town supporters hatched a plan to create the best (and at the time only) football podcast dedicated to NTFC.

Wanting to get the show off to a bang, Charles interviewed former goalkeeper Lee Harper and this formed the backbone of the very first episode and was also the imaginative episode title.

Released on September 28 2018 after a disappointing 0-0 draw against Notts County which Charles saw as an improved performance after the previous game had ended in defeat for Dean Austin’s side. Neil didn’t agree however, and introduced himself to the listeners with the word “bollocks”.

As well as the swearing, that first episode will also be remembered for Neil recording live from his chalet at Centre Parcs where he fell off his chair and Danny’s first installment in his ultimately unsuccessful hunt to find Alistair Slowe.

Not a week had gone by after that first episode and the Cobblers were already providing material for the podcast as first, Dean Austin accused his players of lacking any ‘arsehole’ after a 4-0 loss away at Mansfield. Secondly, sacking Austin not 24 hours later and then thirdly hiring Keith Curle of all people to replace him.

Thomas’s appearance on the podcast was ridiculed by some as the podcast failed to ask any questions in relation to the ongoing East Stand saga. This decision was made after the Chairman appeared on BBC Radio Northampton an hour before the podcast was recorded and was asked those very questions there. Instead of repeating the same content, Thomas was asked about his footballing past and his reasons for getting involved with running clubs like Northampton, Oxford and Torquay.

In November 2018 Chris Hargreaves became the second ex-Cobbler to appear on the podcast, talking about his time at Sixfields and the rest of his career.

December saw the first recording of the podcast with all three hosts in the same room. Billed as a Christmas special, the trio gathered at Neil’s house to record the podcast and consume the traditional Christmas Bourbons.

Chris Freestone became the third former Cobbler to appear on the podcast in February 2019 before the Chairman of the NTFC Supporters Trust was interviewed by Neil in the basement of CAFE TRACK in March.

Come the end of the 2018/19 football season, 40 episodes of It’s All Cobblers To Me had been released.

A handful of special episodes, including one raising the profile of the NTFC Community Trust’s attempts to raise money for a new wheelchair for lifelong Cobblers fan Mustafa El-Bayati.

Getting Friendly with NTFC

In the week leading up to the start of the 2019/20 season, the podcast released an episode each day featuring the views of the local media, a selection of Cobblers fans and new signing and Club Captain, Nicky Adams.

During this time an episode was recorded live at the NTFC Community Open Day and further interviews were conducted with both Chris Wilder and Alan Knill.

The podcast’s relationship with the football club was strengthened further when Charles and Neil hosted a Fans Forum with Keith Curle in the 1897 Suite in front of a live audience of Cobblers fans. Also present was CEO James Whiting.

Having appeared on the podcast as part of the fans panel in pre season, Chessie joined the podcast team in an attempt to keep the boys under control. Given the nickname Jefé, her acceptance of the role also saw her fill the role of token farmer. Thus fulfilling the podcast’s diversity policy.

When the Covid-19 pandemic forced the football season to be halted prematurely in March 2020, the podcast released a series of interviews with players from the 2015/16 League Two title winning season. Joel Byrom, Richard Cresswell, Jason Taylor, Marc Richards and Ricky Holmes all spoke to It’s All Cobblers To Me about being a part of the most successful Cobblers teams of the 21st century.

When the football season restarted, The Cobblers found themselves in the League Two Play-Offs and with fans not allowed to attend matches, the podcast produced live shows on Zoom and Facebook for fans to watch in the build up to kick off.

When the Cobblers won the semi-final against Cheltenham Town, an impromptu, Facebook live took place, with all four podcast team members slightly worse for wear. More was to come after the 4-0 win over Exeter City in the final. Cobblers Chairman, Kelvin Thomas even joined the after-party live show from his home in Florida.

Ahead of the 2020/21 season, It’s All Cobblers To Me started sponsoring NTFC Women’s player Abbie Brewin.

We were able to do this thanks to the monthly donations from listeners through the Fan Club on Patreon.

The sponsorship allowed Abbie to play week in, week out for NTFC Women, who would have got promoted had it not been for the pandemic.

We’re proud to sponsor Abbie and champion NTFC Women as much as we can.

The 2020/21 season was a difficult one. With the pandemic still ongoing, fans were not permitted at the games but were able to stream them on the EFL’s ifollow service.

While it wasn’t good that we couldn’t go, it did give us the chance to watch every game and the creation of the Fan Club Slack channel allowed fans of The Cobblers and podcast to get together online and chat during the games.

With fans being allowed to attend games once more at the start of the 2021/22 season, the decision was taken to drop The Preview Show but it wasn’t long before Danny got really antsy and demanded it restart.

In January 2022, The Preview Show returned to the feed, releasing it’s first episode for the home game against Salford City.

In November 2021, It’s All Cobblers To Me was named Club Podcast of the Year at the FSA Awards.

With Charles at home isolating, Danny attended a star-studded ceremony and collected the award from commentary legend, John Murray and got to perform a chant of “Easy, Easy, Easy!” with Football Ramble presenter, Marcus Spellman.

In March 2022, Danny finally handed the award over to Charles at the official Fan Club Meet Up before the Cobblers’ 125th anniversary game with Tranmere Rovers. 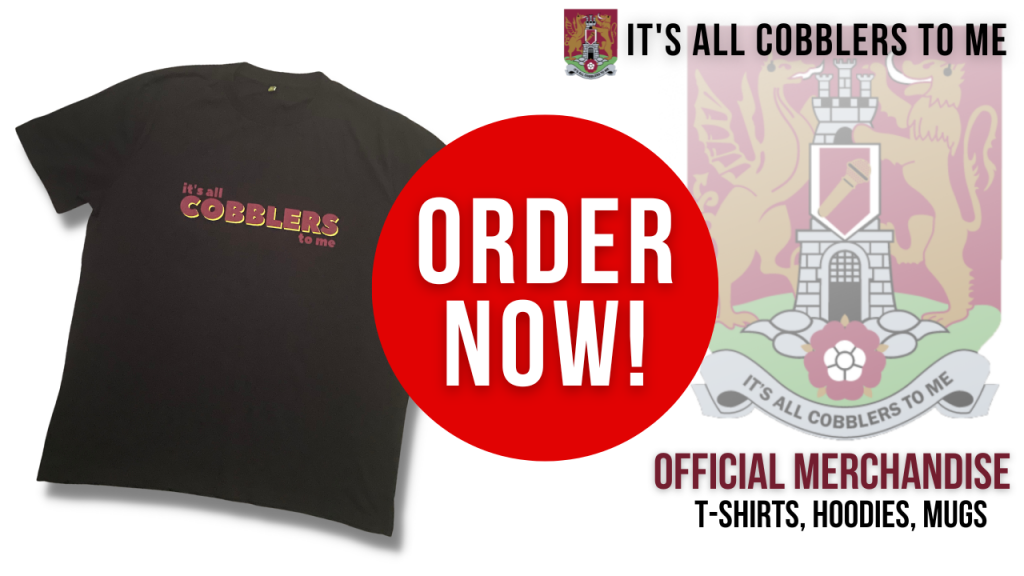 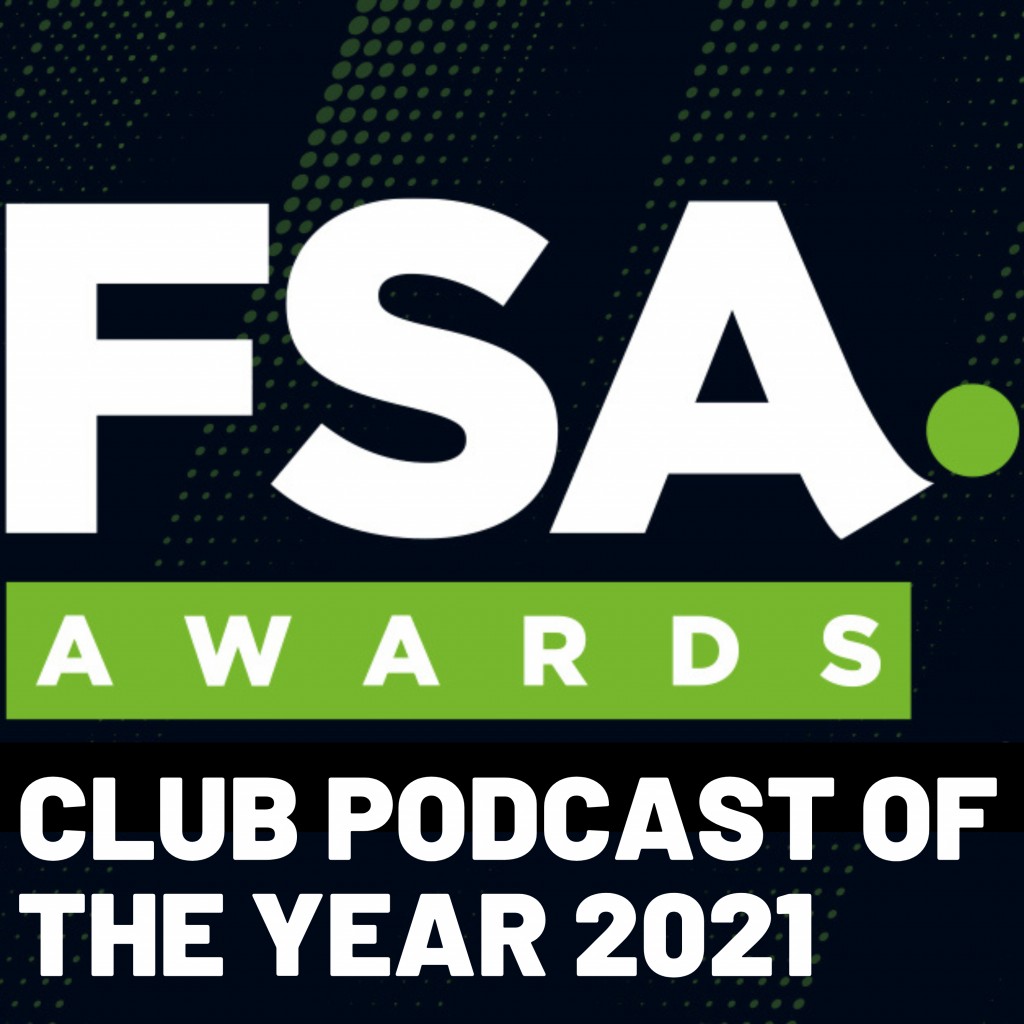 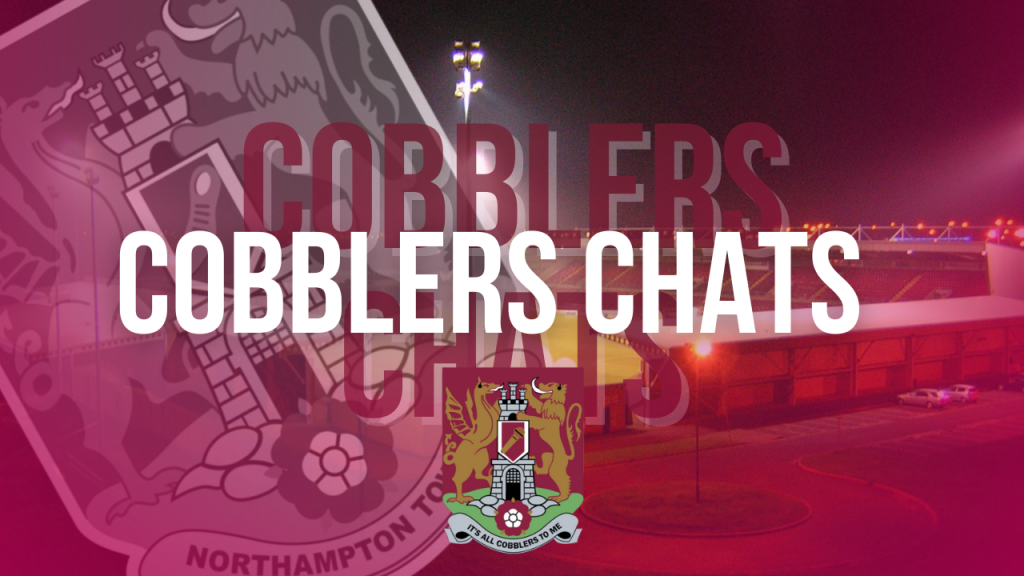 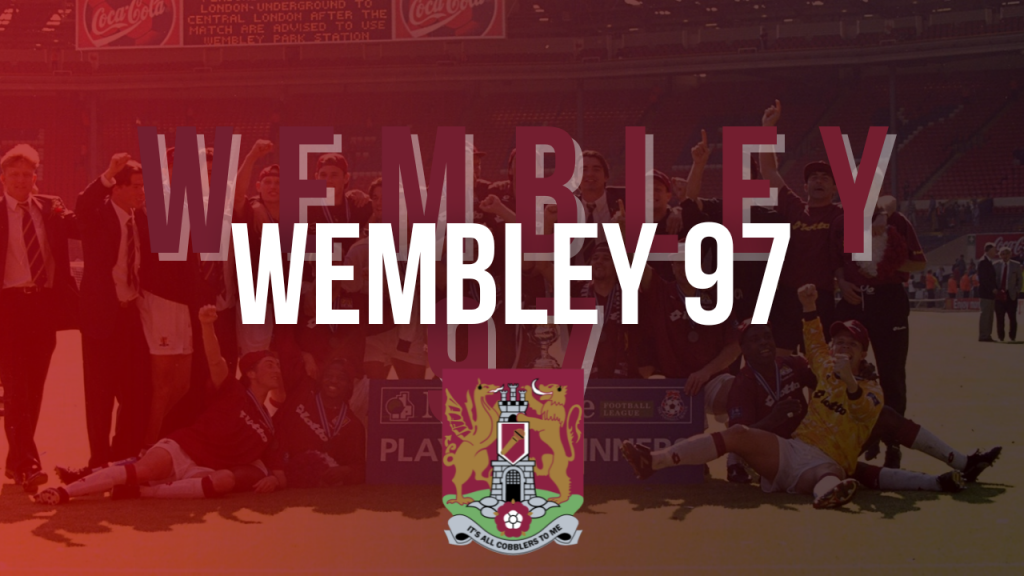 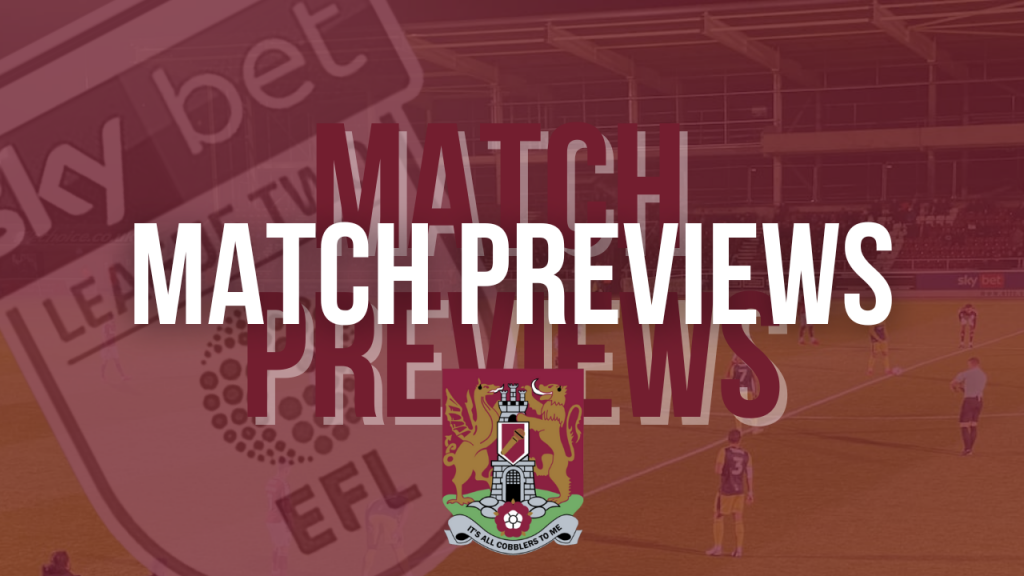 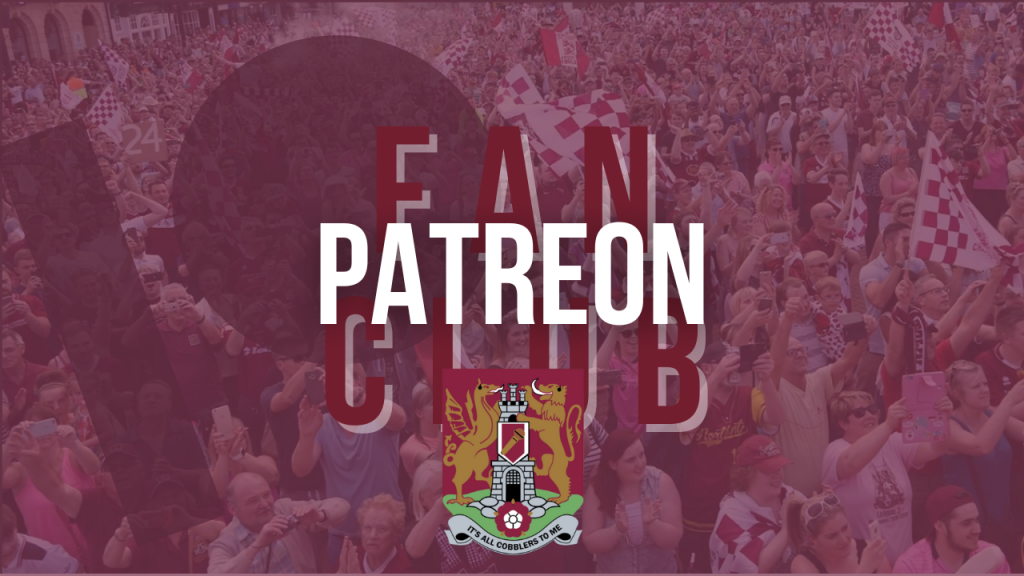