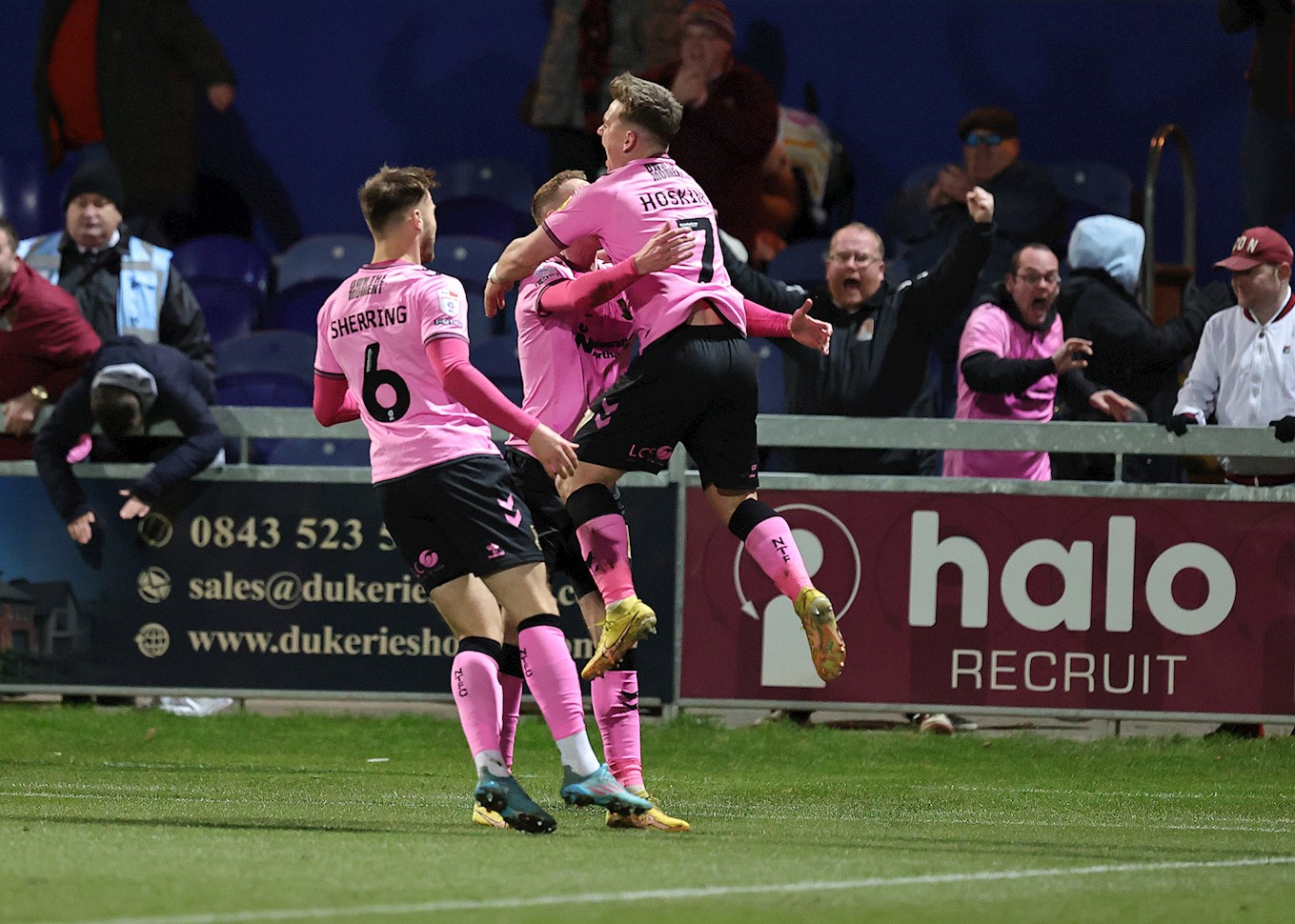 In his post match interview after Boxing Day’s 1-1 draw, Mansfield boss, Nigel Clough called the Cobblers “the best team in the league.” A lovely tribute to our beloved team but how accurate is it? As we approach the halfway point in the season, let’s take a look at some of the stats from the season so far and see whether we should allow ourselves to bask in the glow of Clough’s praise.

The most obvious place to start is with the league table. We all know that ‘the table never lies’ and the Cobblers currently sit in 3rd place, behind Leyton Orient (51 points) and Stevenage (44 points).

The Cobblers are currently on 43 points so I think both Orient and Stevenage fans would be pretty peeved to hear that their team isn’t better than us right now.

Remember how we all felt about Michael Appleton’s best team in the league comments whilst he was at Oxford in 2016?

Tied in with the above are the actual results of the games we’ve played so far.

The interesting thing is who those defeats have come against. Doncaster, Walsall and Salford are all currently in mid-table. On paper, at least, we shouldn’t have lost those games. But lose, we did. And each time by just 1 goal to nil. All 3 losses were scrappy affairs where we struggled to break down the opposition to carve out a decent chance on goal. Once we’d conceded, it was even harder to break them down.

Our record against teams around us in the fight for promotion however, is outstanding.

We’ve not lost to the 2 teams above us. Winning 3-2 away at Stevenage and holding Orient to a nil nil draw at Brisbane Road with 10 men.

Our results against the teams who currently make up the play offs have all been positive. Apart from Mansfield, we’ve beaten them all fairly comfortably.

We’re the top goal scorers in the division and have the league’s individual top scorer playing in our attack.

Sam Hoskins has been on fire this season, scoring 14 of our 37 goals. It’s been fantastic to watch him come to life and playing with such confidence.

At the other end, we’ve conceded at a rate of 1 goal per game. Even 14th placed Tranmere have a better defensive record than us so far. They’ve conceded 18 goals compared to our 22. While league leaders, Orient have conceded the least with just 12.

I don’t think we should be too concerned about our defence though. Gillingham (24) have only conceded 2 goals more than us and find themselves bottom of the league.

No, our goal difference is joint 2nd best with Stevenage (15), so while we’re scoring as many as we are, we can afford to concede the odd goal.

We’re currently projected to achieve more than the 80 points which are predicted to be required to secure automatic promotion this season.

If we continue to achieve our current points per game of 1.95, we’ll finish the season on 89 points. That total has been more than enough to win League 2 the last 3 full seasons.

Orient meanwhile, would pick up 110 points if they were to carry on with their average of 2.4 points per game. That seems highly unlikely though, seeing as the highest points total achieved in League Two for the last 8 years has been 99 in 2015/16. I wonder who did that?!

And so we come to the most subjective barometer of them all.

We’re all guilty of being unhappy with the Cobblers’ performances from time to time. But I think that’s just because we always want more and strive to be better. There’s nothing wrong with that at all.

For 30 minutes against Mansfield on Boxing Day we were brilliant. Seriously, it was some of the best football I’ve seen us play this season. And at times we do turn it on. It might not be for a full 90 minutes but even Man City don’t blow teams away for a full match. Games can be won or lost in a matter of moments and I think the Cobblers have been better than most, a lot this season.

Shaun McWilliams has really stood out and Ben Fox has been a terrific addition. Kieron Bowie, while maybe not playing in his favoured role of late, has added depth to our attack and, along with Louis Appéré, has allowed Sam Hoskins to thrive.

So are we the best?

Putting all of the above together I can’t be negative about this Cobblers side.

Yes, we could win more games at home. And no, our defence isn’t as good as last year. But we are a better team than we were last season and we’ve gone from a team that hopes to win to one which expects to.

We never give up in games and that’s proved by the amount of points we’ve won from losing positions. Last year when we went behind, that was pretty much game over. Not so this time around.

Some of our wins have been really comfortable too. Games like the wins over Gillingham, Rochdale and Wimbledon, we haven’t needed to move out of 2nd gear. Against Barrow, we simply stepped up a gear after going a goal behind, to run out 3-1 winners.

And the best bit is that there’s going to be more to come.

Josh Eppiah looks like he’ll soon be up to full fitness. Tyler Magloire is back from injury and Ali Koiki hopefully won’t be far behind.

With the addition of Josh Harrop and a full January transfer window to come too, it could be an exciting 2nd half of the season.

While it’s been a bit stop start of late due to the weather disrupting games, it’s clear that when the games are flowing, confidence is high and the results look after themselves.

Are we the best team in the league? Maybe. Maybe not. But we are certainly one of them.