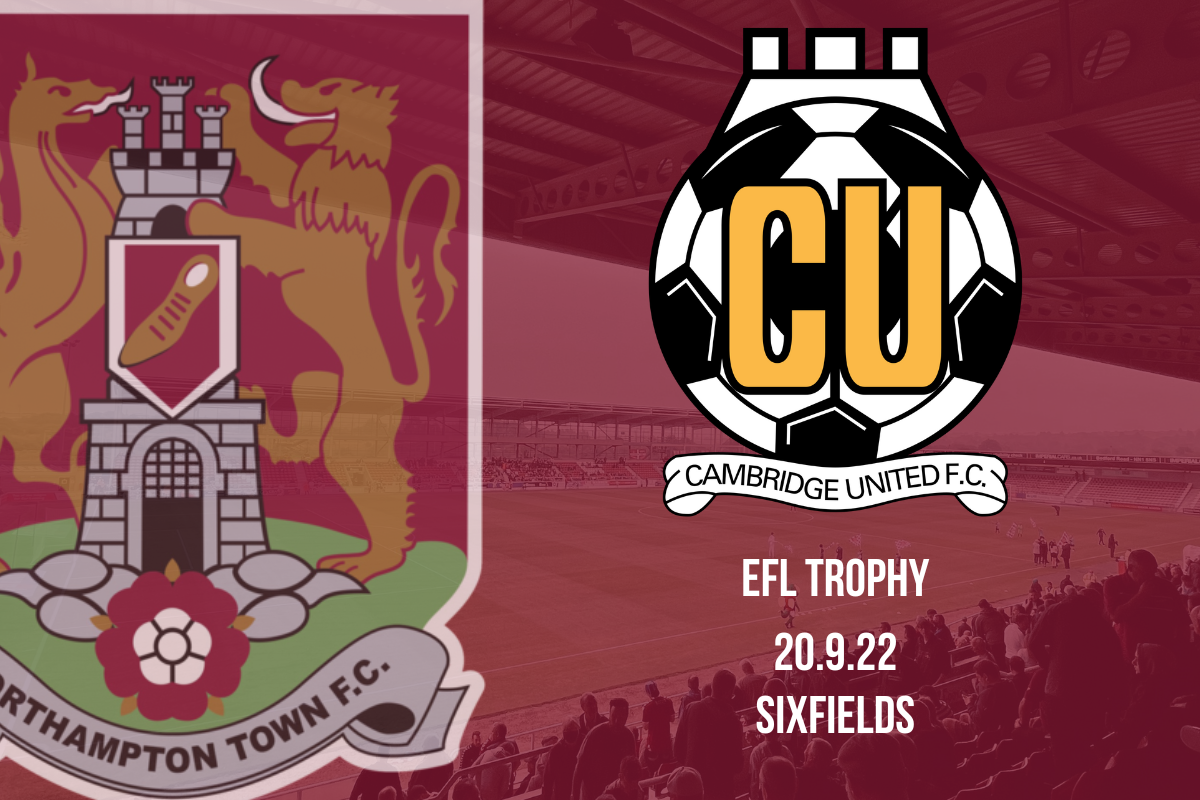 Who fancies a pizza then? Probably not many if you read the small amount of posts on social media about this EFL Trophy group game fixture.

While us fans may not care too much about this competition, for some of the Cobblers players it represents an opportunity to grab some much needed competitive minutes on the football pitch.

So with the thought of blooding some youngsters firmly in mind, let’s get stuck into Northampton v Cambridge.

Cambridge United have started their 2nd season in League One well and find themselves in 9th place. They’ve achieved that by winning 4 of their first 9 matches and getting a draw away at Charlton. Unfortunately for Mark Bonner, the U’s have lost their last 2 league games. Most recently, 10 man Barnsley put 3 past them without reply at the Abbey on Saturday.

In the Pizza Cup, a heavily rotated Cambridge side lost out by 2 goals to nil against Arsenal Under 21’s in their first group game at the end of August.

You’ve got to expect Cambridge to be taking the competition as seriously as we are.

The Cobblers strolled past Rochdale 3-0 at Sixfields while Cambridge United were soundly beaten at home by Barnsley who were able to finish their chances while the U’s wasted theirs.

Jack Lankester moved to The Abbey from Ipswich Town, where he graduated through from their youth academy, in the summer of 2021. So far, Lankester has found his game time limited at Cambridge so far this season. But he did start against Arsenal last time out in this competition.

Expect the attacking midfielder to provide the spark for the U’s.

Jon Brady has all but admitted that he’s not interested in the EFL Trophy this season. The Cobblers manager said that he would “respect the competition but I have to make changes” when he spoke to the media this week.

Hopefully that will mean some game time for Max Dyche at the heart of the Cobblers defence and a nice run out for Josh Eppiah too. It’s really hard to guess the line-up that Brady will go with though as the rules dictate a certain number of players who have appeared in the surrounding 5 fixtures must play in the competition. Yuk!

Cambridge manager, Mark Bonner has said to expect a similar side to the one he put out to face Arsenal. So don’t be expecting to see Lloyd Jones return to Sixfields.

Craig Hicks is the man in the middle for this one. He’s joined by Paul Evans and Jack Lynch on the line and Scott Tallis is the 4th official.

Hicks has been in charge of 6 games so far this season. He last presided over the Cobblers in our 2-1 win away at Stevenage back in March.

Are we really bothered? That’s the question I keep asking myself about this competition. And while it would be great to win the competition and have that day out at Wembley, I just can’t bring myself to care. That’s in stark contrast to how I felt during and immediately after the 6-0 hammering at Ipswich in the first game though. I was fuming! Anyway, seeing as both sides are likely to make a lot of changes, I’ll go for a 1-1 draw after 90 minutes and for the Cobblers to get the extra point for winning the penalty shootout.