Danny looks ahead to the Cobblers' trip to Ipswich in the Pizza Cup. 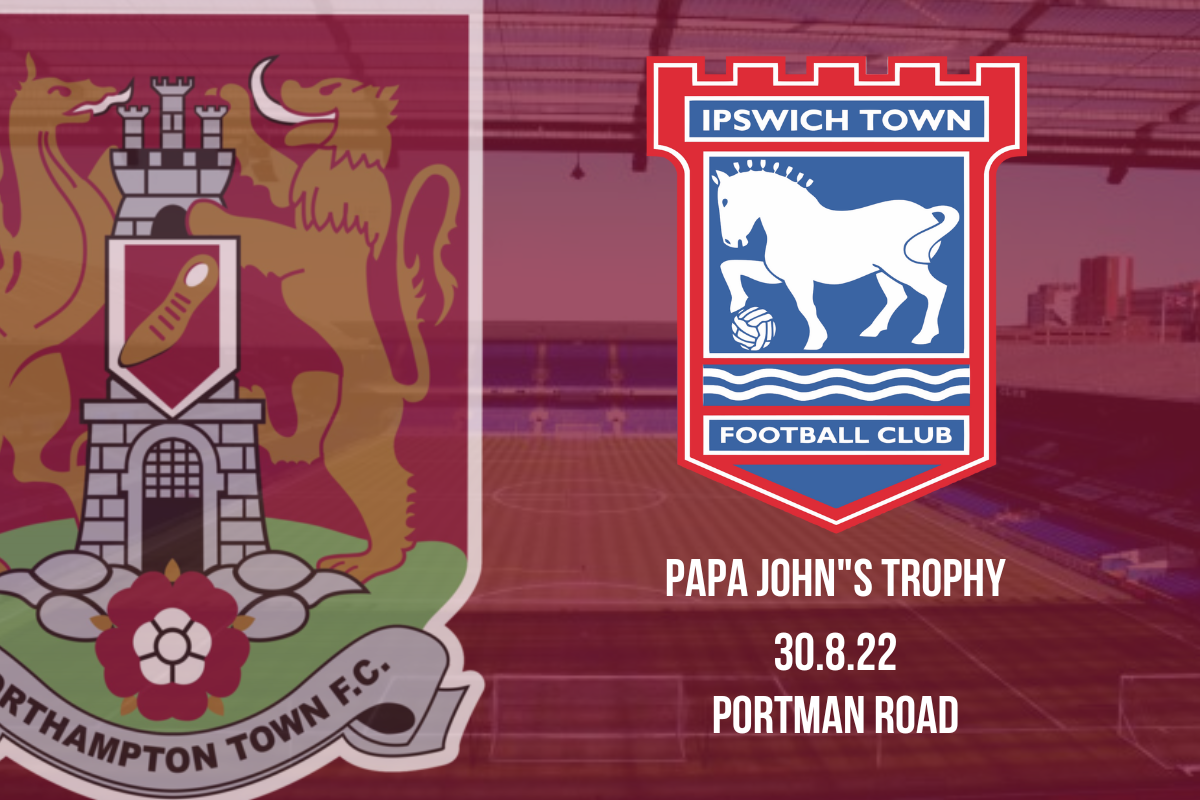 It’s Pizza Cup time! That’s right…everyone’s favourite third rate competition is back and we’re…mildly nodding along at the prospect. The one thing it’s at least a little useful for is giving some game time to those on the way back from injury and for some of the kids to get match day experience but we all know that none of us are getting excited until we at least escape the group and perhaps one knockout round.

Still, it’s a trip to a big ground for those who are up for a Tuesday night trip and the Cobblers will be hoping that a second string will be able to pull something out of the bag.

Ipswich are unlikely to take the competition too seriously, either, at this stage with the league campaign surely their number one priority. This season is the Tractor Boys’ fourth at League One level having previously spent 63 years camped in the top two divisions of English football.

Early signs are good that this could be the time for the sleeping giants to rise again, though, as they’ve taken fourteen points from a possible eighteen in League One and sit joint top with Portsmouth ahead of this game. They’ve swept aside the likes of MK and Shrewsbury, both 3-0 already this season and even when resting players for the trophy they should be one of the harder teams to come up against at this point in the competition.

Kieron McKenna, the former Manchester United assistant, is the latest to step into the breach to try and wake Ipswich from their slumber and after a positive second half of last season has steered them to an exciting start to this one.

Ipswich drew 2-2 at home with Barnsley on Saturday afternoon while the Cobblers were beaten 1-0 at home by Doncaster Rovers at Sixfields.

It’s hard to pick someone out with the amount of changes expected but Marcus Harness may be one to start having come off the bench on Saturday. Harness signed from Portsmouth in the summer having spent three seasons on the south coast. Harness had a goal disallowed on Saturday and will be pushing for a start on Tuesday evening.

Ipswich boss Kieran McKenna has confirmed that Richard Keogh and Dominic Ball will be handed their debuts for this one. The likes of Vaclav Hladky, Kane Vincent-Young, Cameron Burgess, Kyle Edwards, Cameron Humphreys, Greg Leigh, Tyreece John-Jules, Sone Aluko and Kayden Jackson are all likely to be involved.

The Cobblers will give game time to those on the fringes of the first team with Jon Brady stating that the likes of Jack Sowerby, Ben Fox and Akin Odimayo will be given game time. Josh Eppiah may be given his first minutes of the season from the bench but Tyler Magloire could be rested to give his recent back problems a chance to heal.

Tom Reeves is the man in charge on Tuesday night. Reeves last officiated a Cobblers game in September of last year for our 2-0 home win over Scunthorpe United, during which he sent off Emmanuel Onariase for the visitors. Ryan Whitaker and Daniel Bonneywell are running the lines and Michael Robertson-Tant is fourth official.

It’s always hard to predict a game like this where so many changes are likely to be made on both sides. So I’ll go for a 1-1 draw with the Cobblers earning bonus point with a penalty shootout win!