Danny looks ahead to the Cobblers' home game with Doncaster Rovers. 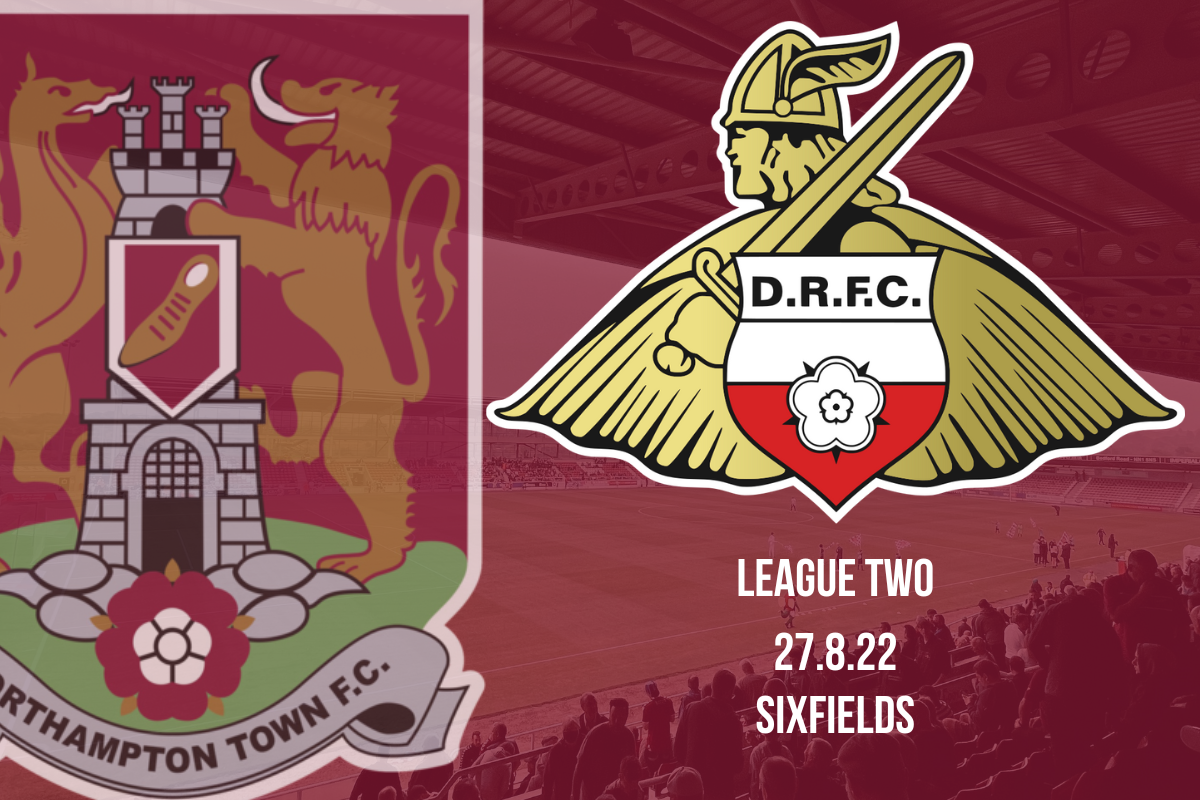 Two unbeaten teams in League Two go head to head at Sixfields on Saturday as the Cobblers welcome Doncaster Rovers to town. As well as being hard to beat, both sides have got into a habit this season of scoring late, late goals so you won’t be able to take your eyes away from this one until that final whistle has gone.

The Cobblers are looking to build on the good point at Crewe last weekend and two wins from two at Sixfields in the league so far this season while Donny’s rebuild under Gary McSheffrey continues to gather speed. It should make for a fascinating encounter on Saturday afternoon.

Richie Wellens left Doncaster last season with the team sat in 23rd place in League One and with just three wins from 19 matches having only been in the job since that previous summer. It had been a terrible start for Rovers and they had to act despite Wellens’ status as club legend. Despite a long process to find the new manager, they plumped for assistant manager Gary McSheffrey who had, by then, taken four games as temporary boss.

McSheffrey managed to galvanise the club a little but the damage had already been done and relegation was confirmed with a game to spare. After not appearing to be in much danger for the four previous League One campaigns, this was a harsh drop for a club who seemed to be the picture of ambition at that level.

This season has started well, though, and some clever recruitment that includes plenty of experience at League Two level coming through the door in the likes of Hartlepool’s Luke Molyneux and George Miller, who had a good season at Walsall last season. An unbeaten league start has raised hope of an immediate return to the heights at which they were so comfortable.

The Cobblers came up with another injury time goal to grab a point at Crewe last weekend in a 2-2 draw while Doncaster came from behind to beat Salford City 2-1 at the Eco-Power Stadium.

Midfielder Tommy Rowe was the standout player last season. Despite playing a number of games at left back, Rowe ended the season as Rovers’ leading scorer and found the net early this season as well, in the 2-2 draw at Wimbledon. He signed a new contract with the club in the summer that will take his stay up to the summer of 2024.

The Cobblers will again check on the fitness of Sam Sherring and Jack Sowerby, both of whom are just a “toss of the coin” chance of being able to make the game according to Job Brady. Akin Odimayo was on the bench at Crewe and may be pushing for a start but Aaron McGowan is still missing. Josh Eppiah will be eased into action as he catches up with his own fitness.

Doncaster manager Gary McSheffrey is waiting to find out how long Tom Anderson, Kyle Knoyle and Adam Long will be out for after all three players went off injured in Saturday’s 2-1 win over Salford City. Anderson had only just returned to the side for the first time since December with a back spasm potentially keeping him out of the weekend.

Neil Hair is the man in the middle for this one, with plenty of focus on refereeing performances since the start of this season. Hair’s last Cobblers game was the 2-1 win at Shrewsbury in September 2020. Steven Plane and Grant Taylor and assistant referees and Paul Yates is fourth official.

Another tough one this weekend with Donny bringing some good form to Sixfields to really test the mettle of our 100% home record in the league. I’ll got for another tight one. 1-1.