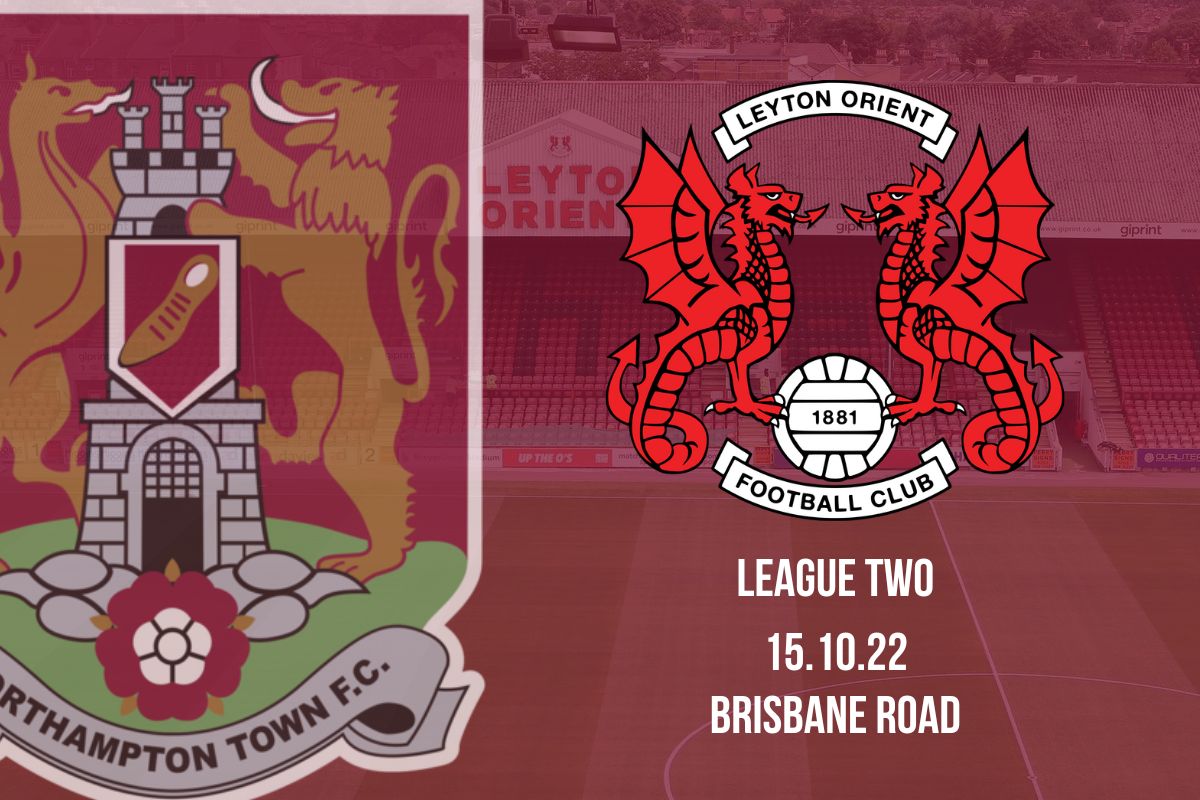 Two defeats in two games for the Cobblers have derailed a small portion of the early optimism that was built up early this season. It’s perhaps not ideal that the next two fixtures are away games against the other two sides currently occupying the top three in League Two but, on the other hand, it may be exactly what we need to refocus the minds.

First up is a trip to East London to face a Leyton Orient side who have stormed out of the blocks under Richie Wellens. Town fans will be hopeful of more glory stories from Brisbane Road after the 4-2 win there last season in a game that saw us four up in the first half. Before that, we’d also scored four in a 4-0 win on the 2015/16 title romp so there’s some superb memories to draw on for Cobblers fans.

If we can make one more on Saturday it will mean that the season is right back in the groove.

Orient come into this game second in the table (overtaken by Stevenage last weekend) and, under Richie Wellens, look well set to stay in the mix all season. Wellens took over towards the end of last season and used the final few weeks of that campaign to take a good look at the quality he’d been left with.

He must have been impressed with what he saw as departures were minimal over a summer that was more about honing what he had already and adding quality in key areas. That included bringing in Hull City’s George Moncur for an undisclosed fee on a permanent deal and the outstanding Idris El Mizouni on loan from Ipswich Town. Theo Archibald was another wise addition and, with the excellent Paul Smyth already in place up front, Orient hit the ground running.

With nine wins from twelve league games, things are looking incredibly bright for a side who have a manager who has been there and done it before in leading Swindon to the league title in 2020. Wellens knows his best side already and if they can become more clinical in attack there’s no reason to think that Orient can’t hand him a second promotion and title win at this level.

The Cobblers were beaten 1-0 at home by Salford City last weekend while Orient were drawing 1-1 at Doncaster Rovers.

Paul Smyth leads the Orient front line and seems to have finally found a home after numerous loan spells with other clubs from QPR, where he called home from 2017-2021. Smyth has hit five goals already this season and seems to be flourishing under Richie Wellens.

Orient will check on the fitness of George Moncur and Idris El Mizouni after both came off injured during last weekend’s 1-1 draw at Doncaster Rovers.  Long-term absentees Anthony Georgiou and Dan Nkrumah are still missing.

It’s hard to know what’s what in terms of Cobblers absentees at the moment with illness ruling players out late in the day for the last two games. We do know that Sean McWilliams and Aaron McGowan could get minutes as early as Tuesday night’s EFL Trophy tie with Arsenal Under 21s but this weekend still comes too soon for either of them. Louis Appéré was the latest to fall to the sickness bug that has previously affected Sam Hoskins, Josh Eppiah and Akin Odimayo but Jon Brady was unable to provide an update on any further players who could have been affected.

Ollie Yates takes charge on Saturday, with his last Cobblers match being the uneventful 1-0 defeat to Rochdale last February. Yates has shown 54 yellow cards and 0 reds in 11 games so far this season. Adrian Tranter and Christopher Wade are running the lines and Andy Bennett is fourth official.

This is going to be really tasty affair – hopefully, anyway! If we come away with anything, I’ll be happy, if only to stem the flow of defeats. I’m going for an optimistic Desmond. 2-2