Danny looks ahead to the Cobblers' home game with Hartlepool United. 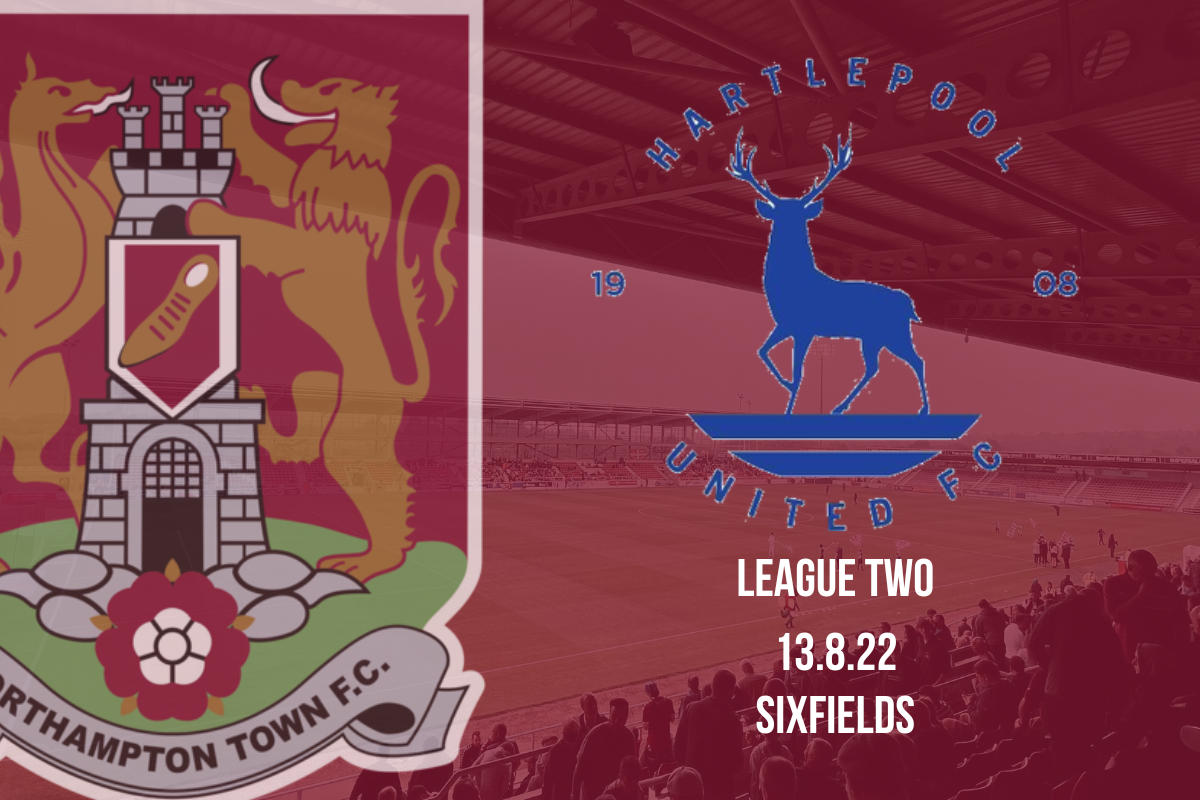 The Cobblers are back in league action after a disappointing League Cup exit to Wycombe on Tuesday night, where plenty of changes were made and Town fell short against a well drilled and technically excellent Chairboys outfit.

Back to the bread and butter of the league, then, and Hartlepool United are the visitors on Saturday. On paper, it’s a good chance for Town to get back to winning ways and if we can record a victory at Sixfields it would complete a very good league start of seven points from nine. We have to be careful, all round, not to be in any complacent, though, and need to be ruthless against a side under new management.

Time to start building this fortress!

Hartlepool made a strong fist of things for the most part in their first season back in the Football League last season. Pools were dealt a blow in November when manager Dave Challinor defected to Stockport County, then of the National League, and spiralled into four straight defeats immediately after he left.

Graeme Lee was the man entrusted with putting them back on track and preventing an immediate return to non-league. The former United defender slowly turned the tide and four wins out of five in February all but ensured safety for the season. There was also some real joy in the cups with a run to FA Cup Fourth Round, where they were eventually edged out by Crystal Palace at Selhurst Park and to the EFL Trophy Area Semi-Final.

But those runs came at a cost with the league form then taking a major dip. No wins in the final nine games cost Lee his job at the end of the season and former Celtic midfielder Paul Hartley took over in the summer. It’s been a slow start so far with a dismal 4-0 defeat at Walsall opening the season before a much better 0-0 draw at home to AFC Wimbledon last weekend and Hartley will be desperate for that first win in charge this weekend.

Both sides were in Carabao Cup action during the week with the Cobblers losing at home to Wycombe and Hartlepool losing out 4-0 at Championship side Blackburn Rovers.

Looking to fill the boots of the popular, and now departed, attacker Luke Molyneux is new signing Jake Hastie, who joined Pools in the summer. A powerful runner with pace, an eye for goal and for a good pass, the 23-year-old looks an ideal replacement.

The Cobblers could hand Ben Fox his first start in the league after the new signing came through the midweek game with Wycombe while Keiron Bowie and Marc Leonard are also pushing for starts. Sam Hoskins, Sam Sherring, Shaun McWilliams, Mitch Pinnock and Danny Hylton should all come back in. Aaron McGowan is still out for around another five weeks.

Hartlepool will assess Mohamad Sylla after the midfielder came off late in the game on Wednesday night. Manager Paul Hartley made seven changes for the trip to Ewood Park and is expected to bring most of his first team regular starters back in, including Josh Umerah and Jake Hastie.

History will be made on Saturday as Sunny Singh Gill will become the first British South Asian to referee a league game in over 10 years. Singh’s dad, Jarnail, took charge of more than 150 games from 2004-2010. Stuart Butler and Nicholas Cooper are running the lines and Daniel Cook is fourth official.

Hartlepool seem to be lacking a spark up front in the early days of the season and this one feels like a real chance for the Cobblers to register another three home points. In the extreme heat, the game could well benefit the visitors but you’d still expect Jon Brady’s men to get over the line. I’m going for a 2-1 Cobblers win.

PrevPreviousWhy Is Refereeing So Poor And How To Make It Better
NextMatch Preview: Crawley Town v Northampton TownNext