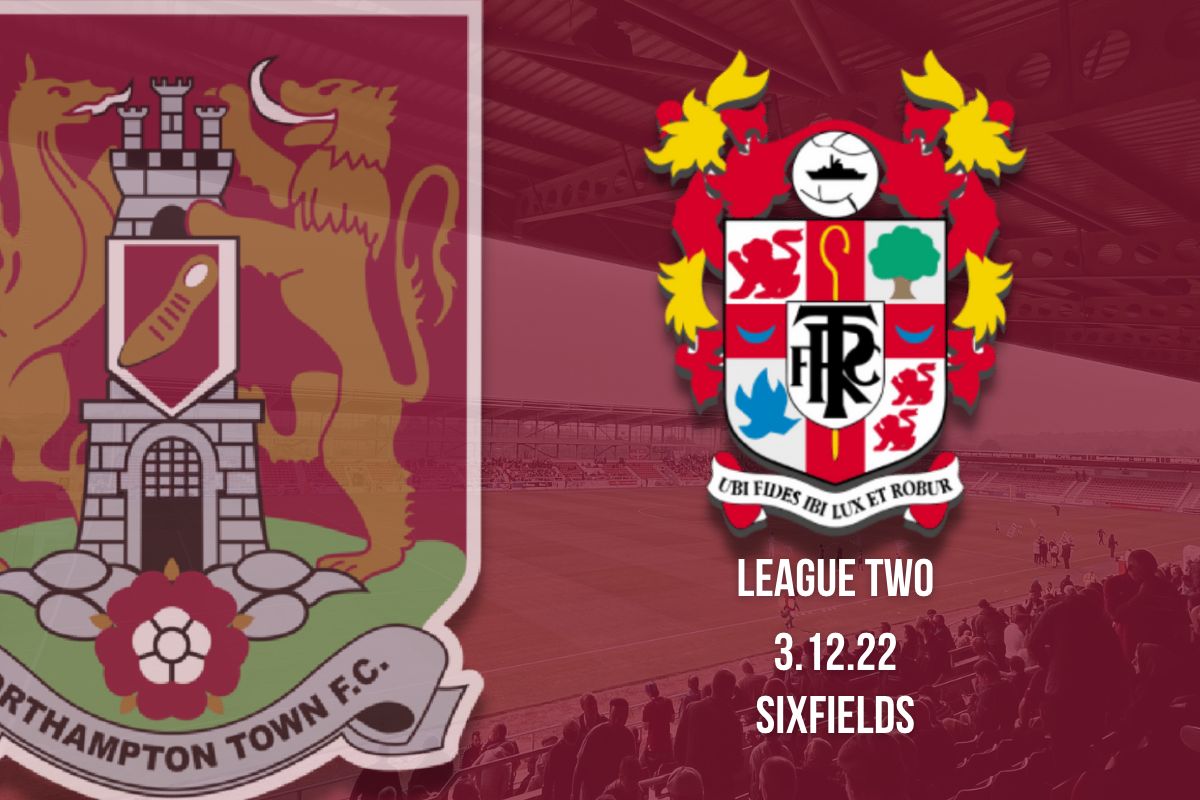 After five long weeks, the Cobblers are back at Sixfields for our first home game since Sam Hoskins’ last gasp equaliser rescued a point against Newport back in October. Since then, Chesterfield beat us in the FA Cup but Town followed up with impressive away wins at Gillingham and Bradford.

It would have been nice to be able to build on that momentum right away but the two week break has given the walking wounded some time to heal and the Cobblers should have more of the squad available for Saturday’s game with a Tranmere side who have had the definition of an up and down season.

For Jon Brady, it’s a 100th game in charge and he can be proud of his record since taking the reins at Sixfields. Here’s hoping we celebrate in style as the winter season kicks into gear.

After missing out on the playoffs by two points last season, Tranmere had a rough start to this season, losing five of their opening eight games. They then went on a five game winning streak, taking in victories over Salford, Walsall, Barrow, Sutton and Crewe, all while not conceding a goal.

Rovers then drew four and lost two of the following six games, though, and questions are starting to circulate around Micky Mellon’s future with many starting to question his style of play and some of the more recent results. This summer saw a change in strategy from the club, recruitment wise, with a younger influx of players replacing the likes of Peter Clarke, Sam Foley and Callum McManaman.

With that in mind, Rovers fans may have to be patient as they look to the future but they’ll be wanting to kick start their season again on Saturday afternoon.

The Cobblers won with a stunning performance at Bradford two weeks ago with the 3-1 win one of the best away day showings in recent years. Tranmere lost 2-0 at home to AFC Wimbledon in their last league game before going out of the EFL Trophy on penalties at League One Burton Albion.

Keiron Morris is the main man for Tranmere with the midfielder the one who makes everything tick. After signing for the club in 2019, Morris has gone on to make over one hundred appearances for Rovers and signed a new deal in the summer that keeps him at the club until 2024.

The Cobblers could have Josh Eppiah back available again after his long lay off. Eppiah was described as only being a “body on the bench” at Bradford with Jon Brady never likely to use him but the on loan winger may well see some game time on Saturday after having a good week and a half on the training pitch. The same can be said for Louis Appere while top scorer Sam Hoskins returns from suspension. The game comes too soon for Ali Koiki but the left back may be back in a couple of weeks.

Tranmere will be without former Cobblers defender Jordan Turnbull who, along with Dynel Simeu, is suspended. Kyle Jameson, Kane Hemmings and Josh Hawkes have suffered from illness this week and will be checked on ahead of the weekend while Joel Mumbongo, Charlie Jolley, Luke Robinson and Reece McAlear are all fitness doubts.

Will Finnie is in charge of this one. Finnie’s last Cobblers game was a 2-1 defeat to Portsmouth in the EFL Trophy back in 2019. He’s shown 52 yellow cards and 1 red in 16 games so far this season. Declan Ford and Steve Durnall are running the lines and Ravel Cheosiaua is fourth official.

We might struggle to get going again right away after the two week break but once we do, I can see this being an entertaining one. I’m going for a repeat of the 3-2 win from last season against Tranmere!