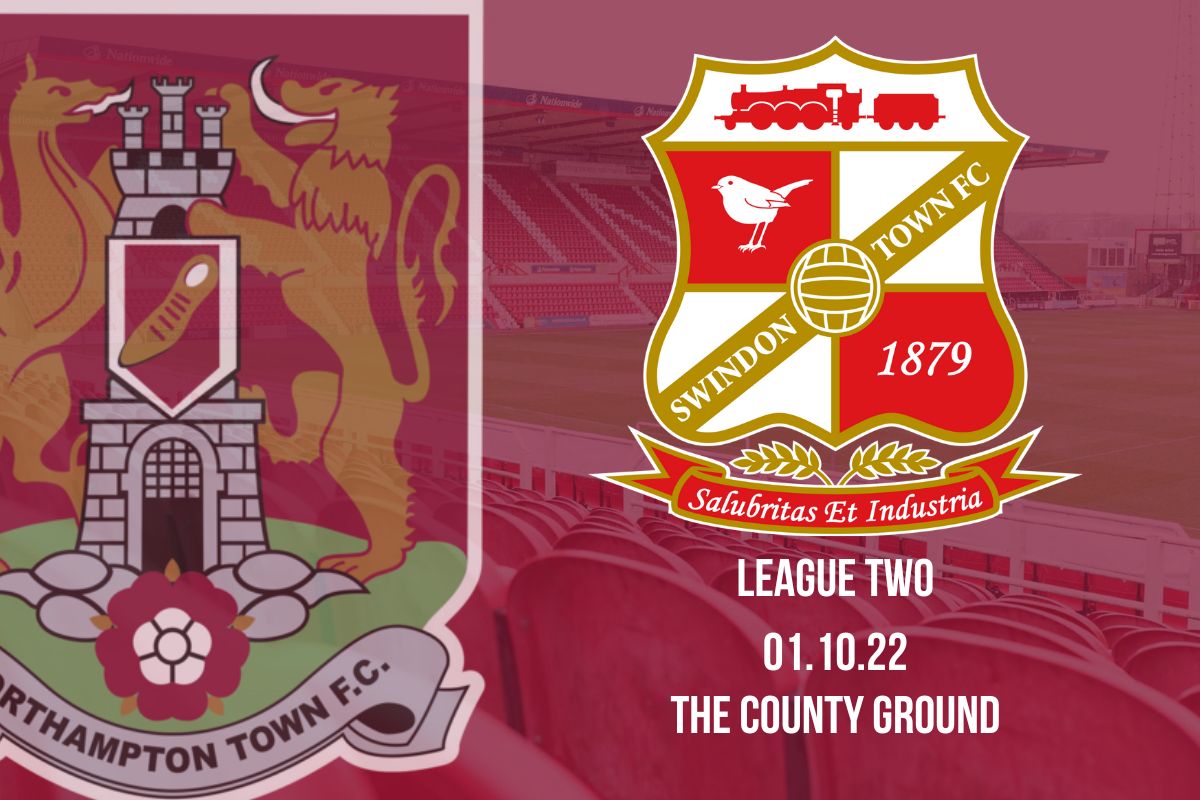 Ten games is usually the go-to marker to judge a team’s chances in a season and the Cobblers are sitting pretty in second place after the best start to a campaign since the 1970s. Jon Brady’s side have won their last four games and it’s full steam ahead as we head to The County Ground to take on a Swindon side who are starting to find their own winning habits.

The Cobblers will be hoping to put any thoughts of last season’s 5-2 hammering at this ground completely out of their minds and extending our good form here would send a message to the rest of the division that we really do mean business.

Like the Cobblers, Swindon were beaten semi-finalists in last season’s playoffs and suffered defeat in a dramatic penalty shootout at Port Vale following a two legged tie that ended 2-2 on aggregate and after a tense extra time period. The Robins’ talisman for most of last season, Harry McKirdy, missed one of the vital kicks to help send Vale to Wembley and, ultimately, to promotion at the hands of our conquerers Mansfield.

A summer of change saw manager Ben Garner poached by League One Charlton Athletic and Scott Lindsey stepped up from assistant to take the reins. A worrying pre-season campaign and a 3-0 defeat at Harrogate on the opening day were not in the new manager’s plans and a run of five draws in six games, McKirdy departing for Hibs and some edgy performances did little to stem the nerves.

But with one goal, the tide of the season may have been dramatically changed. Another draw – at home to Sutton – was imminent until Jacob Wakeling stooped to head a dramatic winner and since then the Robins have won two further games in a row to propel them to eighth place and just a point outside the playoff places.

The Cobblers came from behind to beat Stockport County 2-1 at Sixfields while Swindon came away from Grimsby with an impressive 2-1 win of their own last weekend.

Striker Luke Jephcott signed on loan from Plymouth Argyle in the summer in what looks like a clever signing for this level. Jephcott scored sixteen and then ten goals in the last two seasons in League One for Argyle and should regularly find the net for the Robins too. The loan deal includes and option to buy next summer so the 22-year-old has a chance to make the County Ground home in the coming months.

Swindon will be without Rushian Hepburn-Murphy for ten weeks after the forward was taken off in the win at Grimsby last weekend with a tear to his hamstring tendon. Saidou Khan is suspended after seeing red in the same game but Louis Reed is back available.

The Cobblers could bring Danny Hylton and Kieron Bowie back into the starting lineup after both impressed from the bench last weekend. Tyler Magloire is still out while Aaron McGowan is a couple of weeks from a return. Shaun McWilliams and former Swindon man Akin Odimayo are unlikely to be back for this one.

One of our old friends, Alan Young, is in charge of this one. Young famously forgot to play injury time during the Leyton Orient v Hartlepool game last October, meaning that he had to play the missed minutes at the start of the second half. Young also angered Keith Curle after a defeat to Hull City in October 2020. Young was last in charge of us in the 0-0 draw at Port Vale last season and has shown five red cards in seven games so far this season.

Paul Lister-Flynn and Mark Derrien are running the lines on Saturday and Ollie Williams is fourth official.

This is going to be a really good test of where both teams are at after good runs of form recently and a point would be a good result. I think we can get it and I’m going for a 1-1.