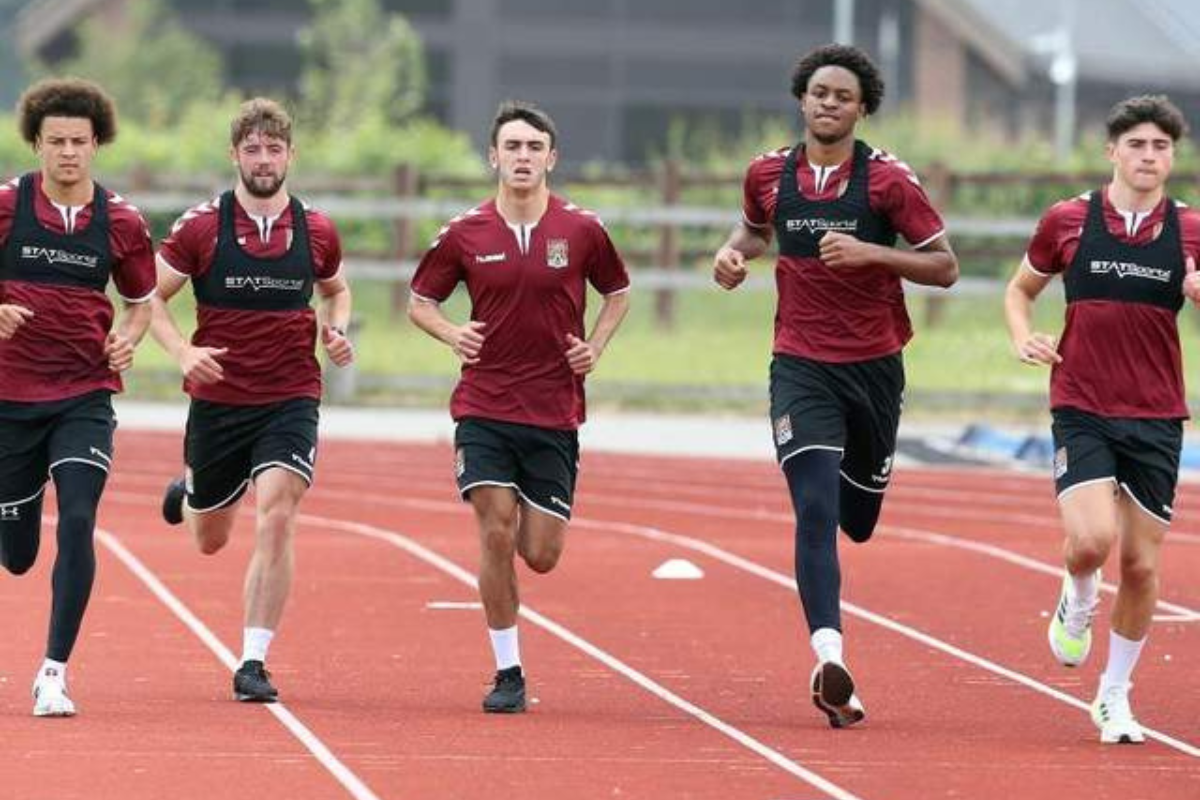 Having a player who comes through the ranks of the youth academy break into the first team squad to become a regular player is one of every football club’s proudest achievements.

The terrace chant One Of Our Own is one of a few that every supporter will join in with as it brings us all together in a moment of pure pride.

At the Cobblers we’ve sung that song to several players over the years. Luke Chambers, Mark Bunn, Michael Jacobs, Ivan Toney and Shaun McWilliams have all come through the ranks and made it as professional footballers. There have been others who’ve been close, of course but ultimately haven’t made it.

Joe Iaciofano and Morgan Roberts are two in recent years who the Cobblers faithful threw their support behind in the hope that they’d be next, only to end up being disappointed when they were ultimately released.

Managers will always be tight-lipped on the reasons for their decisions, causing fans to come up with their own theories, which are sometimes unfair on both the player concerned and their manager.

Scott Pollock is the latest to have broken through and show promise at Sixfields but his future remains uncertain.

Having emerged from the Cobblers’ youth team in 2018, he made his debut for the Cobblers first team in January 2019. He came off the bench against Cambridge United in a 3-2 defeat at The Abbey Stadium before making his first start in the 1-1 draw against Mansfield Town where he provided the assist for Sam Foley’s goal.

I remember him playing particularly well in the 5-2 win over Oldham on the last day of the 2018/19 season, assisting Hoskins’ 1st goal and hitting the post himself.

The following season, Pollock made a total of 18 appearances in all competitions, scoring his first goal for the club away at Carlisle United. A thundering thwack from inside the penalty area with his left foot. At the end of the season he was named the LFE League Two Apprentice of the Year.

The excitement amongst the fans for this local, young talent was palpable.

But since then, nothing.

Pollock failed to make a single appearance in the Cobblers’ 2020/21 stint in League One. Injury stunting a promising start to his career.

This season hasn’t been much better. Other than a few appearances in the cup competitions – including at Forest Green in the Pizza Cup where he scored. The only time we’ve seen Pollock during league matches has been when he’s doing warm up drills along the West Stand touchline.

While it would be difficult for any fan to drop one of McWilliams or Sowerby this season, both of them being unavailable for the trip to Scunthorpe earlier this week was seen by every Cobblers fan as an opportunity for Scott to be on the team sheet.

And when he wasn’t, the quiet murmurings of discontent about the situation grew more widespread and became louder. So much so that Cobblers boss, Jon Brady, was compelled to reveal his reasoning in his post match interview.

Strength and physicality were mentioned as being below the level required. Needing game time to get his rhythm and sharpness back was also given, along with the fact that no team was able to take him on loan in January.

For a section of the support, this explanation wasn’t good enough. Some fans questioned the validity of the comments while others suggested that a game against the division’s worst team – on paper at least – was the perfect opportunity to give him the chance to get some minutes on the pitch and try to regain that sharpness.

Those voices were especially loud due to the decision to play Mitch Pinnock, a winger by trade and Town’s most prolific assister, alongside Paul Lewis in central midfield. Jon Brady’s recent comments about fitting round pegs in round holes didn’t do much to quell the frustration on Pollock’s behalf either.

It’s unfair to suggest that the fans who are unhappy with Pollock’s lack of game time don’t know what they’re talking about. They’re unhappy that an exciting, and most importantly, local talent is seemingly being ignored by the manager. It doesn’t matter that said manager has the team in 2nd place in the league, winning more games than they lose. What they witnessed against Scunthorpe was a poor display against the side propping up the entire English Football League, while playing players out of position when a capable midfielder (or 2) sits on the bench for 90 minutes.

The hope was that Jon Brady would be more willing to blood young talent than previous managers. Especially as he was the one coaching them for the previous 5 years as the boss of the Under 18’s.

Perhaps that is why his judgement should be trusted though. Brady will know this current crop of young players better than anyone. His understanding of their development needs should only serve to make them better players.

The difference for Brady now is that his job is to win Northampton Town football matches. While developing players will obviously help achieve that, it’s no longer his number one priority.

Yes, the Cobblers only managed a draw against Scunthorpe. But they didn’t lose the match and could very well have won had Eppiah’s shot been harder or Lewis’ drive been more accurate.

The one thing that Cobblers fans can all agree on is that there’s still time for Scott Pollock to make it as a professional footballer. Whether that will be at Northampton Town remains to be seen.

*Since this article was originally published, Pollock moved on loan to National League North side, Boston United.