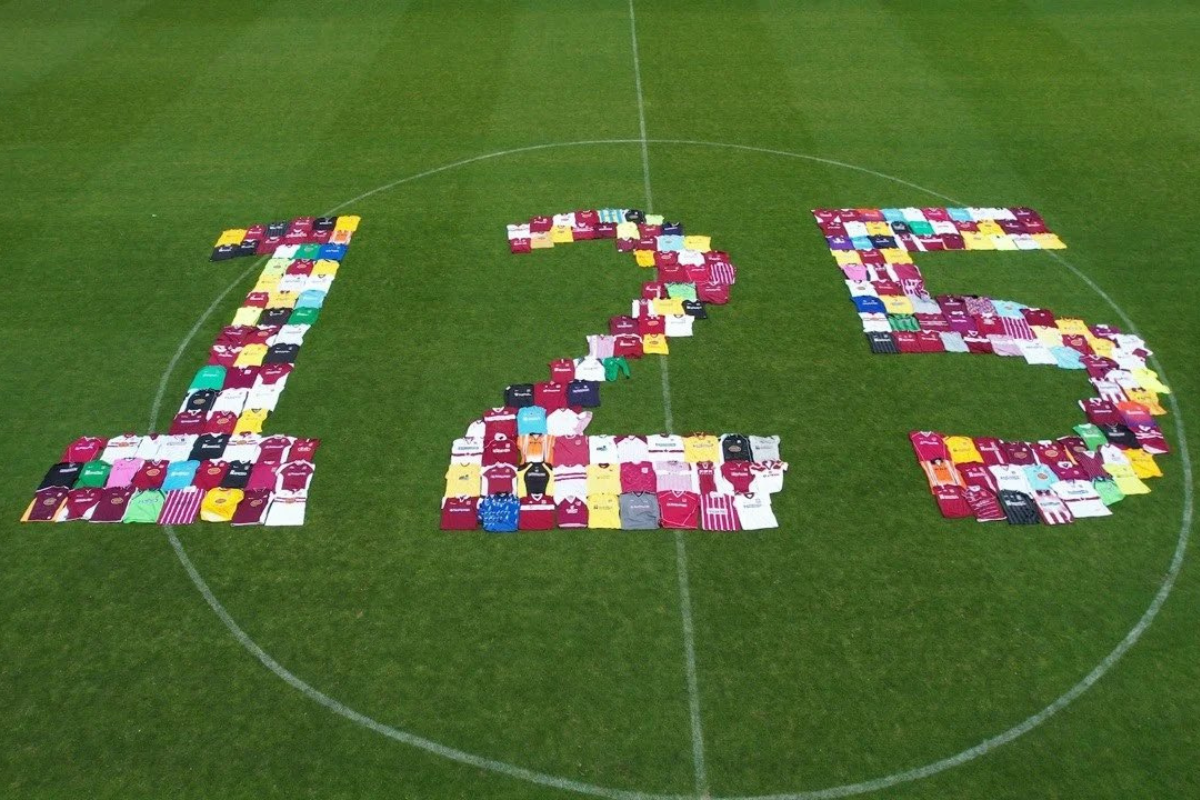 It doesn’t feel like it was that long ago that we were celebrating our centenary by making back to back play off final appearances in the 97/98 season.

I feel quite old now so let me introduce you to this, our happy birthday article, dedicated to NTFC.

All week people have been posting their favourite players, managers and moments of their time supporting the Cobblers and we aren’t going to be any different.

I asked Danny, Neil and Chessie for their favourite Cobblers moments and this is what they said.

My first Northampton Town experience was when I was a mere 10 years old and a certain Bobby Barnes came to my school to help out at a coaching session. Part of that deal was free tickets to the home game versus Gillingham at the County Ground.

Along I went to witness a pulsating 0-0 where the only moment of note was a disallowed goal due to a player picking his nose in an offside position.

Not, of course, by the football but by the experience on the terraces, what a feeling and one I have never since been able to replicate outside of football.

Twenty-nine years later and I am still as hooked as ever, yes of course I fall out with the Cobblers and spout all sorts of nonsense on Twitter when we lose but that love still lingers even in the darker times and boy haven’t we had some?

Who can forget getting relegated at Leeds on the last day of the season when we should have had safety sewn up? How can we ignore the 7-2 defeat to Shrewsbury at Sixfields when Kelvin Langmead essentially resembled an actual donkey – what a turnaround in his career at Sixfields by the way, way to go Kelv!

Enough of the darker times though, here are my top 5 moments following the mighty Northampton Town and I must stress, these are in no particular order, it was hard enough to pick just 5.

There’s not really anywhere else I can go for my top moment other than May 24, 1997.

Wembley Stadium was the setting and the Cobblers were, of course, facing off against Swansea City in the (then) Division Three Playoff Final, ironically during the year of another of our celebrations – the club centenary.

Euro 96 had enthralled this pre-teen child of the 90s and it meant that every Cobblers game became a chance to dream of better things. The stock of football in England and the UK had never been higher and the associations with hooliganism were being replaced by big characters on the pitch, passionate support in the stands and a sense that anything could happen. The bright lights of the Premier League were gleaming thanks to their new Sky TV deal at the start of the decade and Euro 96 was part of a catalyst for exciting talent from overseas entering the British leagues.

At the Cobblers’ level, though, we were more than happy with the guts and glory of the basement division and Ian Atkins’ band of warriors fought their way to Wembley via a terrific semi-final victory over Cardiff City.

I remember vividly the journey towards Wembley and the excitement building. This was little old Northampton Town playing on the same stage as the heroes of Euro 96 had been on less than a year earlier. This was Neil Grayson walking in the shadows of Alan Shearer and Ian Sampson defending the same patches as Tony Adams.

When John Frain curled in that free kick at the second attempt, my whole football supporting world changed. The Cobblers had made me fall in love with them in that instant. My Dad lifted me in the air and we embraced with my brother in utter jubilation. It’s the moment that showed me that football is so much more about what happens on the pitch. It’s a family and friendship bonding tool, it’s moments of ecstasy that you can’t get anywhere else (apart from maybe the Halcyon back then!) and it’s something to give us hope.

I’d been following the Cobblers for about 8 years by 2004 and I was completely hooked!

I remember pleading with my dad to take me up to Northampton to watch a match and I eventually got my way. Which looking back, was a masterstroke, given that we’d chose that exact game to play like Barcelona!

I couldn’t believe what I was witnessing, mostly because I’d worked through the foolish early stages of my Cobblers supporting life, where I believed that we’d beat everyone – that realisation didn’t take long, considering it was only in 2003 that I first saw them score!

I remember Eric Sabin tearing up the pitch so clearly and feeling such a sense of achievement as I got in the car just in time for the BBC results to come in!

It was around this time of my life that my dad gave me the 86/87 scarf that he had bought and kept as a memento and told me that I’d never see a team as good as that.

While the rest of the guys have gone for moments or players who’ve brought them joy, I’m going for the moment when I knew I had fallen in love with the Cobblers.

The year was 1998 and The Cobblers were at Wembley for the 2nd time in a row for a play off final. After winning their previous final a year earlier, they now faced Grimsby Town for a place in Division One.

I don’t remember much about the game itself. I was 13 at the time and in complete awe of the experience. My memories are most clear on the journey to Wembley with my Dad and what happened at the final whistle.

Of course, we lost the game and despite a terrific penalty save from Andy Woodman, we had nothing to celebrate. And yet what happened at the final whistle was something I’ve never forgotten.

Instead of pouring out of the stadium, back onto Wembley Way in their droves, the majority of the 42,000 Cobblers fans remained in their seats to applaud their heroes. I was in floods of tears as the players, dejected by defeat, came over to say their thanks.

I’d been to loads of games at Sixfields – and a few away games too – but this was the moment that I knew I was hooked for life.

So while it won’t be the happiest of moments in the club’s 125 years, for me it stands out as one of the most important in my time supporting the Cobblers.

So there you go. Our favourite moments of supporting the Cobblers, laid bare for you all to see.

We know that supporting Northampton isn’t glamorous. We know how hard it is most of the time. But if you put the lows to one side and look past the negativity, there have been moments which have made it all worthwhile, both on and off the pitch.

We are the Shoe Army and we love our football club.